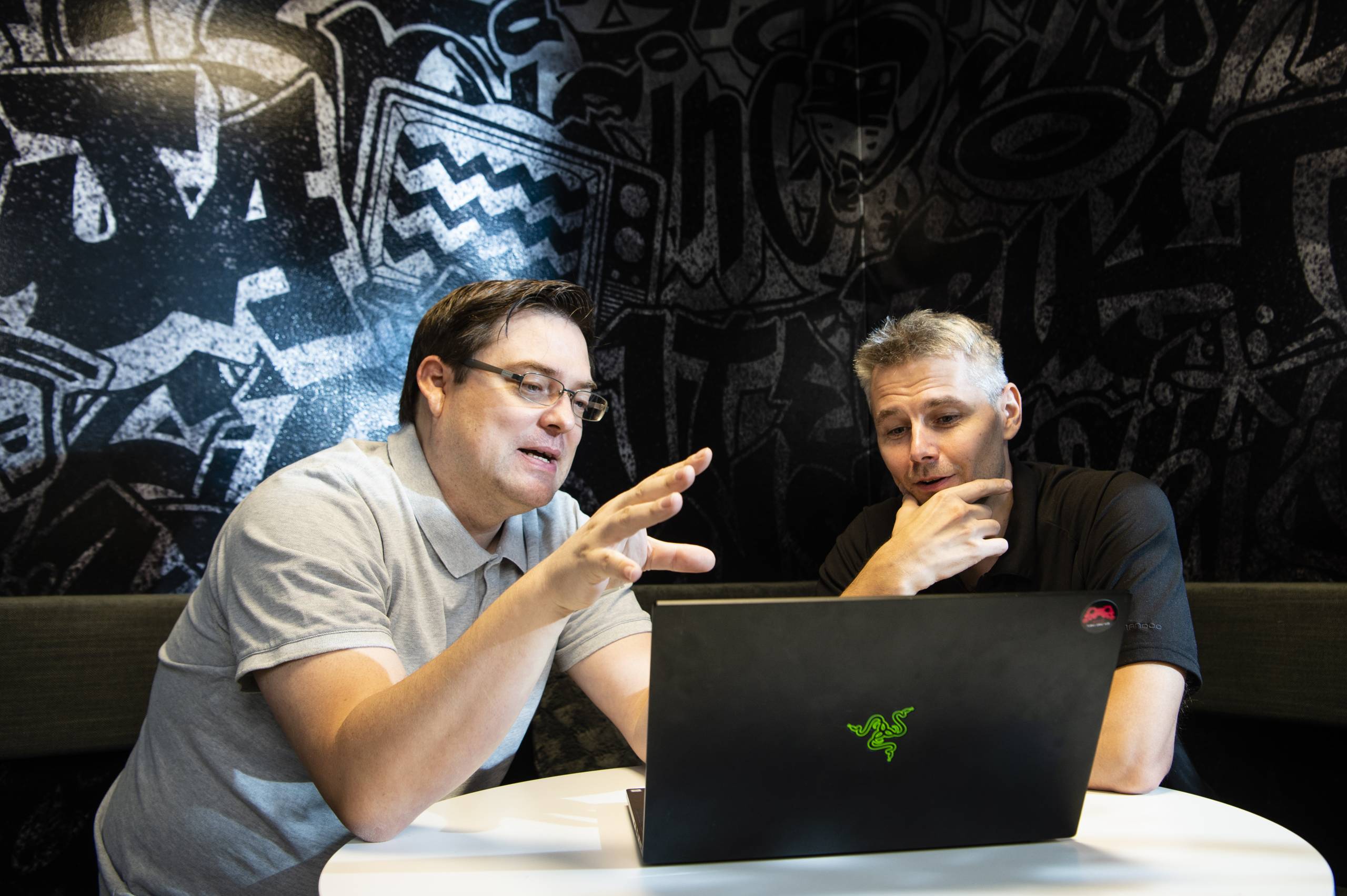 Creating art and animation for games

Creating art and animation for games

Creating art and animation for games
Have you ever wondered what happens behind the scenes of developing art for games? There are several roles and expertise needed for the final polished player experience and each role plays an important part. This time we sat down with some of our technical artists and animators and had a chat about their daily jobs, their favorite tools, and how automation plays a role in their work.

Our Director of Technical Art, Antti Veräjänkorva, currently works on an unannounced mobile project. “A considerable chunk of my role is designated to designing the modeling and animation pipeline so that the art assets move into the game as seamlessly as possible.”

“Optimizing and automating these steps as much as possible is the main goal when designing a pipeline,” he continues. Anything a machine can do, it should. Much like in any production line, automation is crucial to making workflow efficient. With animation, it’s no different. And the piece of the puzzle that keeps all of this together is the pipeline, a collection of steps needed to take in order to create an art asset.

Animation has two key elements: the rig and the animation data. The rig is the logic that drives the skeleton and defines how the character deforms. If the rig is bad, the animation obviously suffers.

Where it can go seriously wrong is during export. Quality and consistency are crucial at this stage. This is where automation enters (and enhances) the workflow.

Antti and his team use an in-house tool he calls RedLynx DCC Tools that loads project-specific settings, tools and plugins. DCC Tools also feature the all-important exporter, which automatically exports asset files to the correct location using metadata stored in the work files.

“Just click and all exporting happens under the hood. No human interaction required,” says Antti. Inconsistent data and bugs—read mistakes—are the most common errors when humans define the settings.

Antti explains that body animation and faces are often exported separately so that they can be played separately in the game. Exporting this animation data by hand, he says, is a complicated process: “There are a number of different predefined processes written into RedLynx DCC Tools to do this automatically.”

This is how the team ensures that everything works not only in DCC software but in the game as well. “An effective pipeline produces consistent data, which causes fewer issues. Automation speeds things up and reduces human error leaving more time for iterations. And the number of iterations equals better quality games,” adds Antti.

On the same page

How, then, is workflow important? The combined answer is so everyone on the team knows what, when and how each task is done—allowing for a seamless hand-off to the next group of artists.

Who, on this unannounced mobile project, are Niklas Tammpere and Saku Jalkanen, Animator and Senior Animator respectively—our last artists in the animation pipeline.

“I’m the last man standing who animates every asset, even the inanimate static ones like houses, wheels and cranes,“ says Niklas, adding that his workload can be very up and down since every delay accumulates which then gets dumped on his plate at the last minute.

Same for Saku who waits (and sometimes waits even longer) for the models before he can animate and rig. “I animate by hand or by mocap (motion capture) to step up the realism.”

Before Saku begins any animation, he assesses the character—regardless of mobile or console. “I usually size it up and look at the type of character. Is it fast, small, simple, smart? All these affect the speed of animation. And if it’s a human character, well, I like to add a bit of personality.”

Saku and Niklas say their work is often so subtle that they don’t see the change. But they feel the change. The smallest thing can make the character feel uncanny and off, says Niklas. That’s when he starts to lip-sync or mimic the character to get the gestures and expressions correct.

Ever wonder why an animator has a mirror next to his workstation? It’s not for vanity ;-)

For those curious souls who wonder what tools our tech art and animator team swear by, we’ve put together a roundup.

Antti Veräjänkorva: For modeling, it’s Autodesk Maya and Blender; for visual effects, it’s Maya, Blender and SideFX Houdini. Maya is used for rigging while Substance Designer is used to generate noise maps. I always have Photoshop open 24/7 and use it to crop and circle things. Microsoft Visual Studio is what I use for any tools development work.

Saku Jalkanen: My go-to for rigging and animation is Maya. All the tools I need are in that one package. But I actually prefer Motion Builder, as it’s a more powerful tool. My advice is to use whatever is more efficient and faster in your pipeline.

Niklas Tammpere: Same here, Maya is my go-to for rigging, animation and mocap. Maya keeps the pipeline together when you use the same software—just press the button and voilà the scene is there.